There are two major changes to the Kumite Rules put into effect from 1.1.2017. Both are aimed at reducing passivity:

1.       Introduction of ‘first unopposed score advantage” (SENSHU). If score is equal at the end of the match, the contestant that scored the first unopposed point is the winner. In order to achieve SENSHU the contestant must score the first point in the bout without the opponent also managing to score before YAME.  Should the opponent also manage to score before YAME, both contestant still have the opportunity to achieve SENSHU if managing to score without being scored upon in the subsequent clash.  In other words there is now an advantage in trying to score the first point to secure a win in the case of equal score.

2.       The ATOSHI BARAKU is changed from 10 seconds to 15 seconds. The current regulations of how to treat warnings and penalties during ATOSHI BARAKU remain unchanged.

In this revision you will also find a new APPENDIX 10 – KARATE COMPETITION FOR THOSE UNDER 14 YEARS. The regulations given in this appendix are compulsory rules for the WKF Youth Cup and also recommended for WKF Continental and National Federations.

Most of the other changes are administrative, correction to language, and reflections of current practices that up to now has not been sufficiently reflected in the rules. Some of are still very important both for referees and competitors to know such as:

This revision contains virtually no major changes in the kata rules. It is envisaged that in the coming year we will do some trials related to the system for kata judging that may lead to some changes in rules from 1.1.2018.

Although these are the major changes in this revision - we encourage all to use this opportunity to review the rules in their entirety as there are changes in Articles 2, 3, 5, 7, 8, 10, 12, 13 of the Kumite Rules, Articles 1,3,5 and 6 of the Kata Rules, and Appendices 1 and 3 plus added Appendix 10. The rules are available on the WKF Website for downloading in pdf format.

Senshu (uddybende info) - gældende i kumite fra 1.januar 2017:
Dear WKF Judges and Referees.Since the questions regarding SENSHU are many, I will like to present to you a summary of some of the answers about the subject.SENSHU can be obtain with a Yuko, a Waza-ari or an Ippon, it doesn?t matter the type of point.SENSHU can be obtain at any time during the match, even at the last seconds of the match.SENSHU applies for both individual and team matches.A contestant will win by SENSHU only if when the match ends, the score is equal (1-1, 2-2, 3-3, 4-4, etc.)If the match finish 0-0 the Referee will announce Hantei in individual matches or Hikiwake in team matches.The Referee has to announce SENSHU to the Match Supervisor (Kansa).If the Referee doesn?t announce SENSHU to the Match Supervisor, the MS will blow the whistle and ask him to do it.In team matches the winning team is the one with the most bout victories including those won by SENSHU.If when you stop the match?AKA gets Ippon & AO gets Yuko: No SenshuBoth get Video Review points: No SenshuAKA gets a point by flags & AO gets a point by Video Review: No SenshuAKA gets a point (by flags or Video Review) & AO gets nothing: SENSHU!!The following is important to understand at the end of the match:v  Same amount of points and NO SENSHU in individual matches: HANTEIv  Same amount of points and NO SENSHU in team matches: HIKIWAKEv  Same amount of points and SENSHU in individual matches: We have a winnerv  Same amount of points and SENSHU in team matches: We have a winnerv  Extra bout in Teams: Same procedure as for individual bouts!When a contestant gets SENSHU do the following:1.       Give the point accordingly.2.       Turn to Kansa calling ?Aka (Ao) Senshu? pointing with your index finger to the side of the scoring contestant. 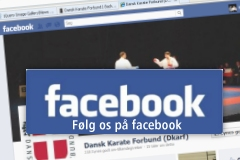